After lunch on a Saturday in late January at her home in Los Angeles, Francine Coeytaux, 63, an abortion rights activist, retrieved a Priority Mail envelope from her office and announced to her guests, a group of young women she had recruited to her cause, the results of a recent experiment. “A couple weeks ago, we Googled ‘abortion pills’ and tried ordering from a few of the sites that came up,” she said.

The pills, misoprostol and mifepristone, are approved by the Food and Drug Administration for use by a licensed provider to end a pregnancy within the first 10 weeks, or what is known as “medical abortion.” Mifepristone works by blocking the effects of progesterone, a hormone without which the lining of the uterus begins to break down, while misoprostol, to be taken 24 to 48 hours later, induces contractions of the uterus that expel its contents.

Medical abortion now accounts for close to half of all legal abortions in the United States. Serious complications are rare, but the risk increases as the pregnancy progresses, and it isn’t clear yet how far into pregnancy the drugs should be used.

With the Food and Drug Administration’s approval of mifepristone in 2000, many people believed the reproductive revolution had arrived; the drug, which studies had shown could be safely provided by nurse practitioners, midwives and physician assistants, would dramatically expand access to abortion. But that didn’t happen; approval of mifepristone came with tight restrictions on how it can be distributed — only in clinics, medical offices and hospitals; only by, or under the supervision of, a doctor certified to prescribe the drug; and only to patients who have signed an F.D.A.-approved patient agreement.

The F.D.A. warns against purchasing the drugs from online vendors, but women in the United States are doing it anyway. Increasingly, advocates of access to the drugs say, women are turning to the internet to procure the pills for use in their homes. Ms. Coeytaux and her colleague, Elisa Wells, who lives in Portland, Ore., were curious: Who are these vendors? Will they steal your credit card information? Will the pills get held up in customs? Will the police come knocking on your door? Are the drugs real?

“And guess what?” Ms. Coeytaux said, then paused, eyebrows arching. “It worked.” Within two weeks, she said, the pills had arrived on her doorstep. The cost, including shipping, came to just over $200, but the question remained: Was this the real thing? Ms. Coeytaux passed the envelope around the table. Inside was a blister pack bearing the names of the medicines. The pack is marketed as the Mifegest Kit, but Ms. Coeytaux and colleagues call it Plan C.

“We knew that to really get the word out about this technology,” Ms. Coeytaux said, “we needed to talk about it in terms familiar to an American audience — and especially to millennials.” Most young women she and her colleagues meet don’t know how the drugs work, she said, and many have never even heard of them. But they have heard of the morning-after pill, or Plan B, a form of emergency contraception made available over the counter in 2013. Plan C piggybacks on that popularity, and hints at how the pills can be used: not necessarily after a pregnancy is certain, but as a medicine a woman can take if she misses her period, without being sure of the reason. In other words, just in case. 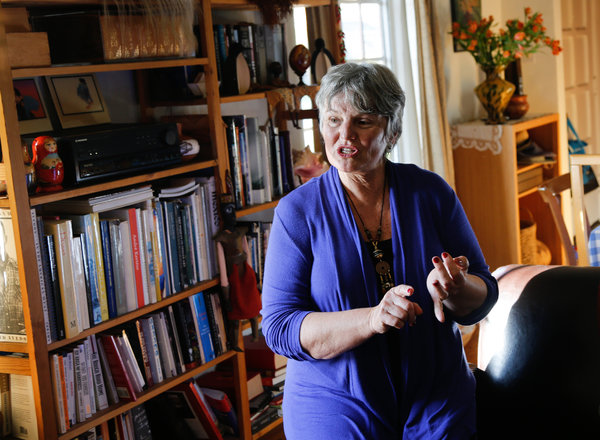 Francine Coeytaux at her home in Los Angeles. – Patrick Adams

In 2014, Ms. Coeytaux, Ms. Wells and Victoria Nichols started the Plan C campaign to raise awareness among women in the United States that early in normal pregnancies women have safely used the pills to miscarry at home (ectopic pregnancy, a rare condition in which the fetus develops outside the uterus, cannot be treated with pills). They also campaigned to make the pills available over the counter. With Donald Trump as president, that goal now seems remote. Just last month, the Senate rolled back an Obama administration rule barring states from denying family-planning grants to Planned Parenthood and other abortion providers. And Republican-controlled state legislatures continue to propose legal restrictions on abortion, having already passed more than 300 since 2011.

Those restrictions have forced clinics across the country to close their doors, curbing access to facility-based procedures, especially for lower-income women. Even where women have access to providers, they often face multiple barriers to care, including weekslong waits for an appointment, crowds of protesters at clinics and a price up to $600.

Since 2011, when the first of those restrictions were enacted, researchers have documented a sharp increase in the number of Google searches for self-induced abortion. Alarmed by the trends, some have warned of a return to the era before Roe v. Wade, when women were forced to risk their lives with coat hangers. And indeed, in September 2015, a woman in Tennessee was charged with attempted murder for using a hanger to try to abort her 24-week-old fetus.

The reality, however, is that increasingly, self-induced abortion in the United States means using pills procured through the mail, much as it is in many other countries. Women on Web, a Netherlands-based nonprofit collective that pioneered the practice of putting the pills directly into women’s hands, has provided abortion medications to more than 50,000 women in 130 countries. While Women on Web focuses on serving women in countries where abortion is legally restricted, Safe2Choose, a social enterprise formed in 2015, sends nearly half of its shipments to countries where abortion has long been legal and widely available.

“It’s the convenience and the privacy,” said a Safe2Choose executive who requested anonymity because of the sensitivity of the issue. “You don’t have to pay hundreds of dollars.” Though the groups do not mail pills to the United States — neither organization is willing to risk a legal backlash that could harm operations elsewhere — the Safe2Choose website receives tens of thousands of monthly visitors from the United States alone, the executive said. “First they watch the video, then they read the testimonials. They seem to want to understand how it works and to assess whether we’re reliable.”

“The fact is, women in the U.S. are already doing this, and the reproductive health community needs to catch up,” Ms. Wells said. “We started Plan C because we believe it’s time for bold action. We have to make sure women have the information they need, that they know their rights” — for example, that they are not obligated to report to the police or providers that they have taken abortion pills; that the drugs can’t be detected in their blood; and that knowing that a woman has used the pills has no bearing on follow-up care, which is the same as for a natural miscarriage.

The risks of self-induced abortion today are primarily legal. “We’ve discovered 40 different kinds of laws that are potentially implicated when someone ends their own pregnancy,” said Jill E. Adams, chief strategist of the Self-Induced Abortion Legal Team, a nonprofit consortium formed in 2015 to support advocates who legally share information on self-induced abortion and to halt its criminalization. So far, she said, the S.I.A. team has identified 18 arrests related to self-induced abortion around the country, “but I’m afraid that’s just what made the news. I suspect the true number is significantly higher.”

Reflecting on the case of Purvi Patel, an Indiana woman sentenced to 20 years in prison on the seemingly incompatible convictions of felony feticide and child neglect, Ms. Adams said overzealous prosecutors have become creative in applying laws “that were never meant to concern self-induced abortion.”

Plan C does not advise women where they can get the pills, and Ms. Coeytaux and Ms. Wells acknowledge that no matter how authentic the pills may appear, a woman can’t immediately determine their quality or whether they are counterfeit. But they say that when skeptics warn women off by claiming that the pills could be harmful, as Planned Parenthood suggests on a website directing women to its own treatment centers, they are overstating the risks. “If they’re not real pills, they would have no harmful effect except to delay access to treatment from another source,” Ms. Wells said. Of course, any form of treatment can involve potential risk, and it is up to the patient to decide what is right for her.

In describing their own experiences, both said the sites offering pills did look sketchy. “I was looking around one and then went out for a jog,” Ms. Coeytaux said. “By the time I got back, the site was gone. But then a couple days later it was back up.” Some sites accepted credit cards; others required a bank transfer. Ms. Wells posed as a teenager and tried to imagine how frightening it would be if she were 17. When it appeared that a package was stuck in customs in New York, Ms. Wells emailed the vendor.

“And they replied every time,” she said. “In fact, the other day, I checked that inbox, and he had sent me a message: ‘How are you? How is your health?’ ” Still, when the pills come, she said, there are no instructions or labeling — “just the blister pack in an envelope.”

Ms. Coeytaux and Ms. Wells hope that by sharing their experiences on the Plan C site, they can help women navigate the unknown. They acknowledge that there will always be women who prefer to see a provider and say that all women should have access to one. But in drawing attention to an option that isn’t strictly legal, they have touched on tensions at the heart of an abortion rights movement increasingly rived by what some say are competing aims.

“For so long, the whole objective was to make abortion a legitimate health care service, to bring it out of the shadows and remove the stigma,” said Joanna Erdman, assistant professor at Dalhousie University’s Schulich School of Law in Halifax, Nova Scotia, who is working on a book about the abortion clinic. “So this effort to remedy a crisis of access by making the ‘back street’ safer — it’s very counterintuitive for a lot of older figures in the movement. They get very nervous about the idea of leaving women to their own devices.”

As Ms. Erdman sees it, Plan C is not just health advocacy; it’s a form of political resistance, part of a larger struggle for the right of access to “information instrumental to women’s self-determination.” Underlying it, she said, is the same feminist ideology of “self-help” that guided the many safe-abortion initiatives before it, including, most notably, the Abortion Counseling Service of Women’s Liberation, or Jane.

Ms. Coeytaux counts those groups as inspiration for Plan C, along with Lorraine Rothman, a founder of the feminist Self-Help Clinic movement and inventor of the Del-Em menstrual extraction kit, which she designed for self-use.

“Let’s stop the humiliation of trying to persuade the powers that be to legalize abortion,” Ms. Rothman, who died in 2007, told an interviewer. “Let’s just take back the technology, the tools, the skills, and the information to perform early abortions and be in charge of our own reproduction.”

Decades later, the tools have changed. But the sentiment remains the same.